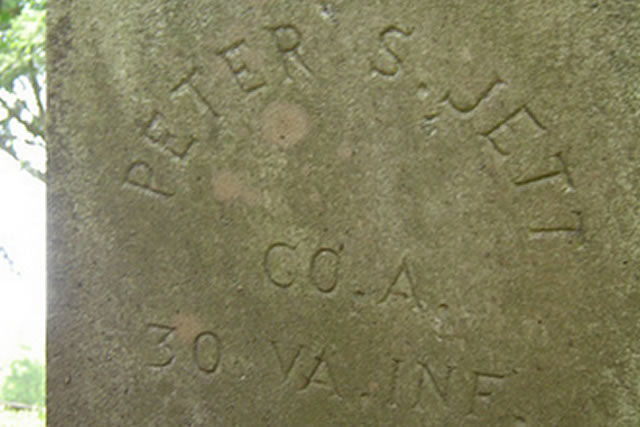 Little is known about Peter Jett. On July 17, 1861, he enlisted at Marlboro Point in Stafford County, Virginia. He was absent sick for two months during 1861 and for seven months in 1864.

In the 1880 census, S. Peter Jett was living in George Fairfax’s home. George was Peter’s brother- in-law and also a Private in the Confederate army. Both are buried in the family cemetery together with another Confederate soldier, Private John “Jeff” Woodyard.