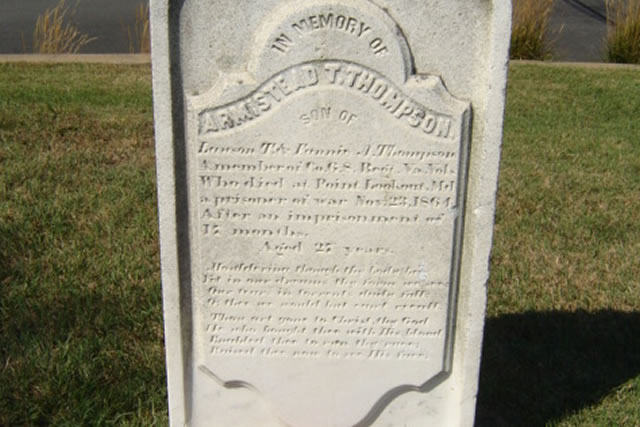 Schoolteacher Armistead Thompson (age 23) voted for secession at Fairfax Courthouse. He enlisted as a Private at Dranesville on June 22, 1861.

Armistead was wounded at Gaines Mill, near Richmond, on June 27, 1862 and subsequently captured. He was paroled in July 1862 near Warrenton on July 4, 1863. He was captured again during the Battle of Gettysburg and sent to prison at Fort Delaware. At an unknown date, he was transferred to the prison at Point Lookout, Maryland.

After seventeen months of imprisonment, Armistead died at the age of 27 and was buried in lot 656 at the prison. In the 1880s, Armistead’s father retrieved his son’s remains and had them interred in the family cemetery.