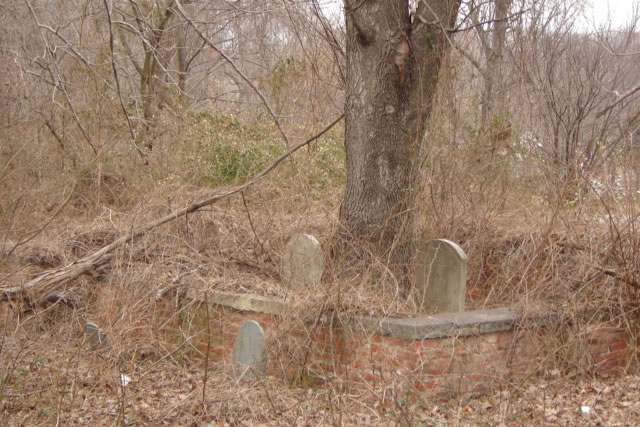 William Gooding was an early settler of Fairfax County. He farmed near present day Northern Virginia Community College on Little River Turnpike. His family also operated a tavern there. During the Civil War, Mosby and his rangers attacked a team of sutler’s wagons in the viciinity of the tavern and Mosby was badly wounded during the raid. In his will, William Gooding established a burial ground for his family and his descendants. When he died in 1861 at the age of 93, the Alexandria Gazette newspaper described him as the oldest inhabitant in the County and one of the most well liked. Through the years, extended family members have been buried at the cemetery. The descendants also descirbe that a number of slaves were buried there.