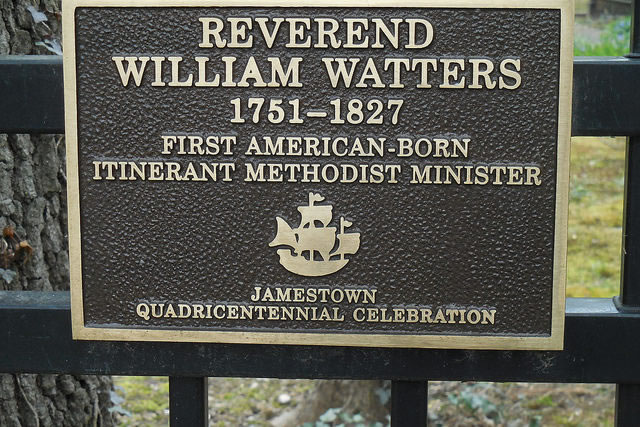 The Watters cemetery is located off of Linway Terrace in McLean, Virginia.  In the center of the graveyard is a tall obelisk for Rev. William Watters and his wife Sarah Adams Watters. The obelisk was erected by the Virginia Conference of the Methodist Episcopal Church. In the graveyard are several graves marked by field stones and the base of a monument grave stone. A plaque lists the names of those who are believed buried in the cemetery. The cemetery is well maintained. William Watters was the first American born itinerant Methodist preacher. During his ministry, he rode several circuits in Virginia. Recently, an historical marker honoring Rev. Watters was placed at the beginning of the driveway, which leads up to the cemetery.