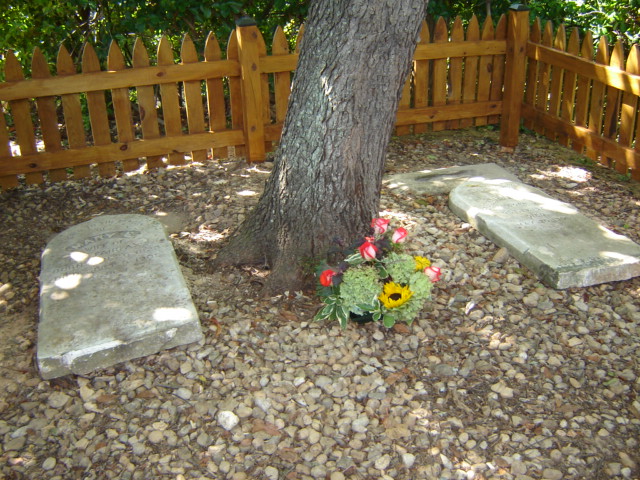 A previous edition of The Herald introduced you to Ben and Mary Fairfax whose cemetery is located on Richardson Drive. That edition also told of upcoming articles that would provide more information about them. The following is made possible due to the diligent research of Mr. Tom Buckley, our un-official historian.

We know that Ben Fairfax was a farmer since a Fairfax business directory published in 1877 noted that “Benjamin F. FAIRFAX was a “principal farmer” with 200 acres of land in Fairfax Co,” however, it appears he may also have fought in the Civil War. The August 21st 1960 Washington Post contained an article about the home of former Marine Corps Major Byron E. WATES on Ollie Lane off Little River Turnpike. Major and Mrs. WATES spent six years restoring the house, which dated to 1860. While describing the house Mrs. WATES said “that fireplace was built of brick from the chimney of the old Benjamin F. FAIRFAX place near Burke, VA. The one-time home of the Confederate officer had burned sometime in the 1930s. Only the chimney had remained standing during the past quarter century.” We have not been able to confirm if Benjamin F. FAIRFAX served as a Confederate officer, but he would have been 33 years old at the start of the Civil War in 1861 and would likely have joined the Confederate forces.

From the 1870 Census, we know that both Fairfax brothers, Benjamin and Enos lived fairly close to each other. Enos, about 14 years junior to Benjamin, married Martha G. Simpson, and together they had eight children, the last of which they named Benjamin F. Fairfax, but called Bennie (born Feb. 27th 1879 (Fairfax Co., VA) died Feb. 17th 1943 (Washington, DC)). An online Google book, “Ward Families of Maryland,” by William Neal Hurley, notes that Alice Cordelia (Cora) Ward married Benjamin F. Fairfax, son of Enos Smith Fairfax and Martha G. Simpson in March 1906. The September 23rd, 1906 Washington Post reported that Miss Edna Ward had returned to Washington Grove, MD, from a visit with her sister, Mrs. B. F. Fairfax, at Burke Station, VA.

Since Benjamin and Mary were childless, they left their farm to nieces and nephews. Land records in 1901, shortly before his death, reveal that Benjamin Fairfax left 196+ acres to his niece Jenny Simpson Swetnam and his nephew Benny Fairfax. Between 1906 and 1910 Bennie and Cora had two children and moved from Fairfax to Washington DC. Conjecture holds that Cora did not enjoy being a farmer’s wife as the 1910 Census lists a Benjamin F. Fairfax as a motorman on a streetcar line. Jennie Simpson Swetnam remained in Fairfax identifying herself in that census as a 48 year old widow and merchant with a general store.

In the late 1920’s the property passed out of Fairfax family hands. In June 1927 Jennie sold her share of the Fairfax farm – 138.87 acres – to Robert Shreve of Arlington, VA. And in November 1928 Benjamin and Cora, with Jennie’s consent, sold the remaining portion of the larger tract to Robert Shreve.