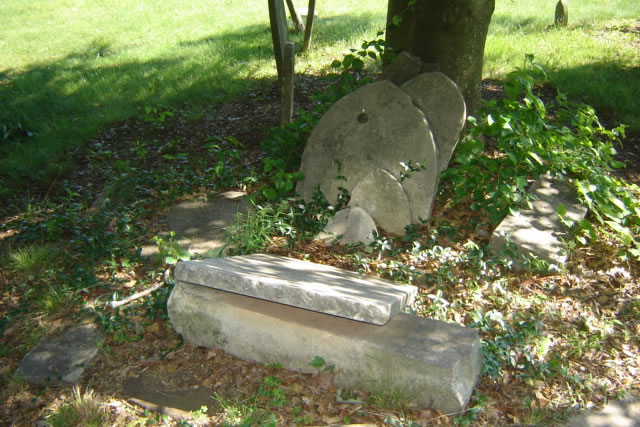 Because of its high elevation, the church and cemetery command a wonderful view of western Fairfax County. Surveyors found the historic cemetery well maintained. Church documents indicate that sometime in the 1950s fallen grave markers were moved under two trees in the cemetery. Surveyors found over ten markers lying face down in the mud or propped up against the trees. Other markers located throughout the cemetery were in need of cleaning. FCCPA members had received permission to clean the markers. By using water and soft brushes, the FCCPA members were able to remove years of dirt.

The church, originally known as the Liberty Meeting House, was built as a one story brick structure, sometime prior to 1852. During the Civil War, the Union Army used it as a hospital and horse stable. Some historians have stated that, after the Battle of Dranesville, the Confederate dead were buried in a trench at the church. Others state that all the dead were removed. Church historians state that there were two pits near the cemetery; one was for the amputated limbs of Civil War soldiers and the other was for victims of the 1918 Spanish flu.

This community of farmers has witnessed a lot of history. In 1877, over 110 residents of Dranesville petitioned Judge Sangster “to withhold license for sale of alcoholic liquors in the village of Dranesville, a place long cursed with the evils and the horrors of the traffic.” At least ten families of the petitioners have loved ones buried in the cemetery.(1)

Today there are approximately 60 markers and some unmarked grave depressions in the cemetery. There are unexplained mysteries about one person buried in the cemetery. Confederate Jos. J. Prendergast was wounded in action and died at Dr. Day’s home, which is near the church. Accounts differ as to which Dr. Day, as there were two brothers, Dr. John Day and Dr. William Day; both lived nearby. Prendergast’s gravestone states that he died in October 1861, yet historians state that he died at the Battle of Dranesville, which was in December of 1861. Before dying, Prendergast gave his home address to Dr. Day, asked him to put a stone at his marker, and alert his family of its location. Dr. Day erected a stone and informed his family. The next accounts differ greatly. One states that after the war his mother sent a slip of a rose to be planted at the site.(2) Another questions earlier accounts that the family visited the grave and took the body home, leaving the grave marker.(3) The questions remain: when did Prendergast die and is he still buried at the cemetery?