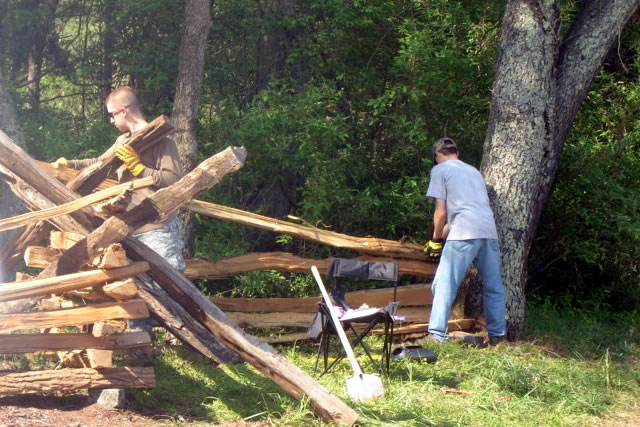 Eagle Scout candidate Andrew Lafosse led fellow Boy Scouts of Troop 1115 in cleaning up the Harris Family Cemetery. The cemetery, which was almost lost to the elements, is located in the woods near an equestrian trail in Bull Run Regional Park. The successful and much-needed project involved clearing the cemetery and installing two fences on both ends of the cemetery to offer it protection.

There appears to be between 20 and 30 burials, all marked by field stones. Many deep depressions indicate old burials where the coffin may have collapsed.

The known Harrises who lived in the area were freed slaves, once belonging to the Carter family who opened a copper mine nearby. After the Civil War, several Harrises made claims of property damages caused by the Union army. The nearby Cub Run Memorial Cemetery has several Harrises buried there too.