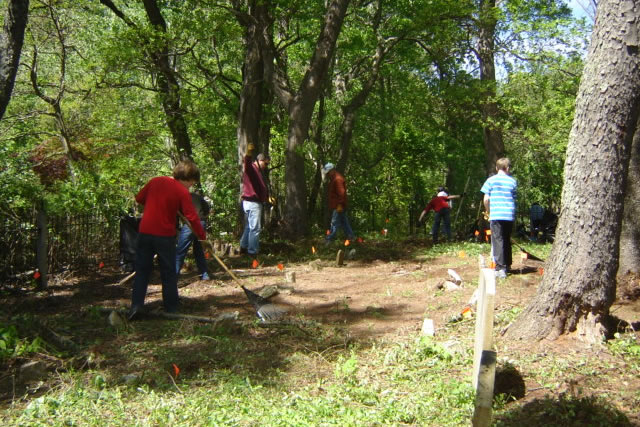 Eagle Scout candidate Chris Dobson led a successful project and team of fellow Boy Scouts (Troop 1128) to clean up the very overgrown Bicksler Family Cemetery. Early surveyors had indicated there were over thirty burials. After scouts removed the undergrowth, clear rows of field stone grave markers were found. Only a few commercial markers exist. By removing the sticky bushes, it is hoped that the periwinkle will return as a ground cover.

Research did not reveal the names of those buried in graves marked with field stones. There were many Bickslers living in the area through the 1800s. Records indicate they were divided over the Virginia secession vote in May 1861. A Henry Bicksler operated Dranesville Tavern after the Civil War.