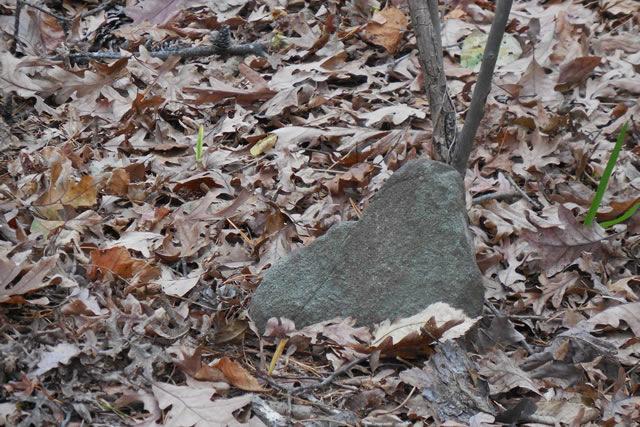 At the request of a county resident, a FCCPA member surveyed the cemetery, which is located on Jade Post Lane in Centreville, Virginia. It is on property once owned by John Orr, whose plantation was called “Waterside,” presumably because of its location near Cub Run. The cemetery is very wooded and hidden from the road. The surveyor noted that the cemetery was virtually free of trash. The resident who requested the survey is interested in clearing some of the brush and possibly installing an historical sign.

Earlier surveys indicated evidence of approximately 12 graves. During the survey, five or six field stones, which probably marked graves, were located. There is also evidence of a deeply sunken or excavated grave. County records indicate that c. 1976 two sandstone grave markers of John Orr and his daughter Jane Maria Orr were moved to St. John’s Episcopal Church cemetery in Centreville. This was done at the request of the descendants.

John Orr was born in Scotland in 1726 and emigrated to the colonies in 1753, where he became a wealthy merchant. He was loyal to the colonies and became a signer of the Westmoreland Resolutions, protesting the British Stamp Act. During the American Revolution, he donated supplies to the Continental Army. He and his family settled in what would become Centreville. In July 1795, he drowned while on horseback, crossing Cub Run during a sudden thunderstorm.