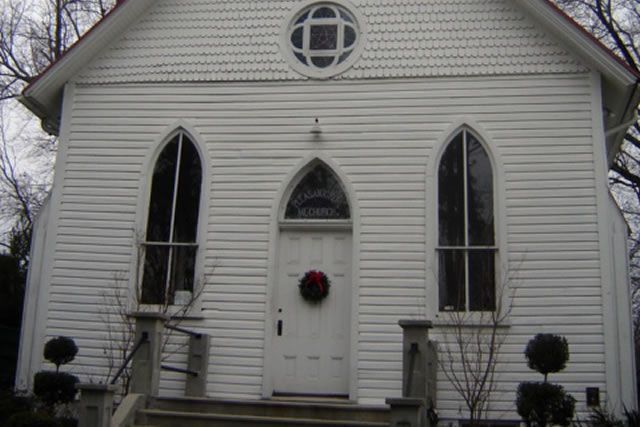 Pleasant Grove Methodist Church cemetery is located on Lewinsville Road in McLean, Virginia. The church building was constructed on donated land in 1892 and was in active use until 1967. Local residents saved the church from demolition and today it is a community hall.

African American Samuel Sharper and his son Lewis were founders of the church. Lewis, a carpenter, did most of the construction of the building. Samuel Sharper was a freed black at the beginning of the Civil War and owned 33 acres of farm land. During the war, he was forced by the Union Army to drive a wagon during the Battle of Bull Run. The U.S. Congress allowed him $63 in damages after the war.

Samuel Sharper was the first burial in the cemetery in 1894. Today, there are close to 200 burials. The varied cemetery grave stones reflect the different styles of gravestones over the years. Some of the older markers are tilted or fallen. Many markers are difficult to read due to pollution or plant growth. The cemetery is cared for and there is evidence of frequent visits to the cemetery.