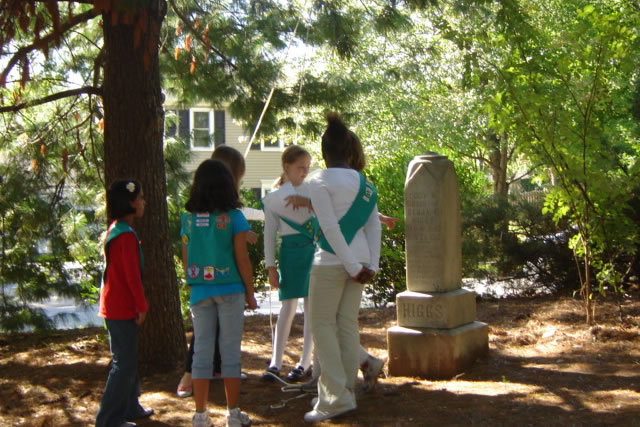 In early 2010, a marker was located in Great Falls, three miles from the cemetery in Herndon.
The marker for Little Ray was frozen to the ground and had to wait to be removed until a thaw.
The community was alerted about the need to return the marker. The local GSA troop 1255 was enlisted to clean up the cemetery as a community service project. In August the girls worked very hard at cleaning markers, removing trash and trimming. They were delighted to see the county archeologist return Little Ray’s marker during their work day. Especially since they had found Little Ray’s foot stone that same day. After their hard work, they planned a re-dedication ceremony to honor those buried there. Before the ceremony, the scouts were distressed to find that more damage had been done to a marker and there was evidence of “partying” at the cemetery.