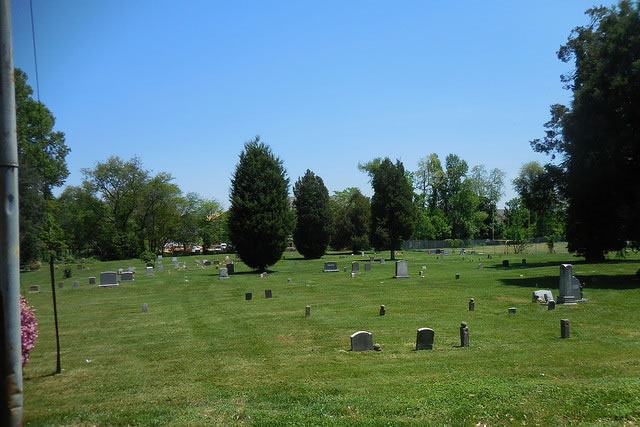 The well- maintained cemetery is located behind the Second Baptist Church of Falls Church. A 1982 news article states that at the time of the Civil War, a Capt. Reed of the House Guards began teaching blacks in his Falls Church home.  Members of Mosby’s Rangers attacked the home and killed Reed and two other men.  One of Reed’s relative, Rev. Hiram Reed, moved to Falls Church to continue teaching the blacks.  In 1871 a church was formerly organized by several former slaves. The congregation purchased the Reed’s land to build the church. They named their church the Second Baptist as an honor to Rev. Reed who was minister of the First Baptist Church in the area.  Through the years, the church has had an active role in the community; both the Fairfax NAACP and the Council of Negro Women had offices in the church building.