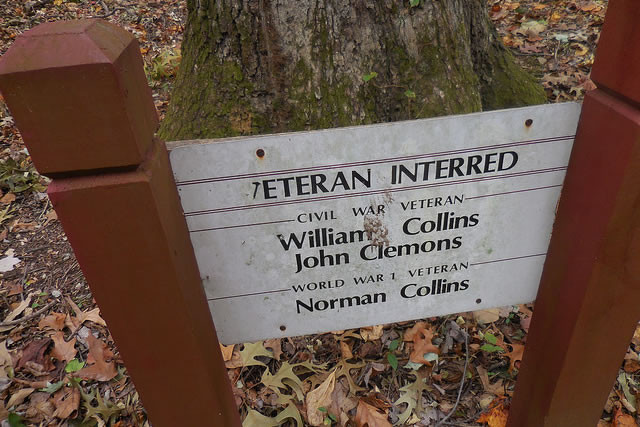 In 1907 one fourth of an acre was deeded to the Ebenezer Lodge, No. 14 of the Sons and Daughter of Liberty, an African American fraternal and philanthropic organization. From the historical marker: The Pines, “At the turn of the 20th century, a close-knit African American community was established here. The Johnson, Robinson, Sprigg and Collins families were the first to purchase lots. They cleared pine trees to enable truck farming and saw mill operations. Residents created a vibrant community through worshipping at First Baptist Church of Merrifield, school functions and social gatherings. Situated in this park is the Liberty Lodge Cemetery where church members are buried. In the 1960s, during a period of school desegregation and population growth, the public school system purchased land through eminent domain, displacing numerous families. A school was never built.”

In 1983 the Fairfax County Park Authority was given the land to build ball fields. The cemetery was fenced in and signs were installed. Today, trustees care for the cemetery that is tucked away in the woods.

Photos of Sons and Daughters of Liberty Cemetery in Annandale, VA