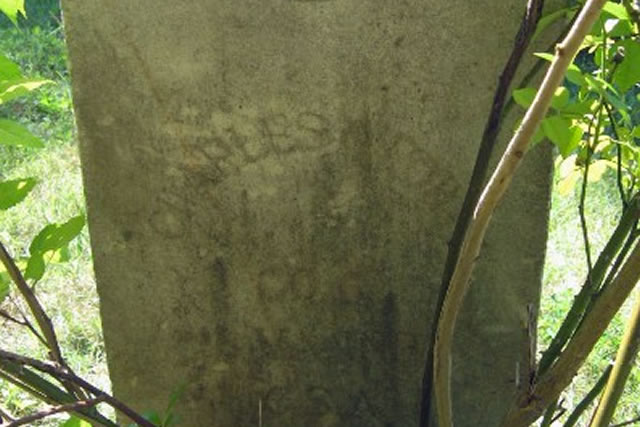 Although he voted against secession, Charles Ozias Robey enlisted in the Confederate Army on April 6, 1862 at Camp Taylor, VA. He joined as a Private in Company G, 8th Virginia Infantry and was promoted to Corporal on March 1, 1863. Corporal Robey fought at the Battle of Gettysburg in July 1863. On July 3, likely in Pickett’s Charge, he was wounded in the arm, shoulder and left leg and was then captured after the battle. Corporal Robey was relocated to Baltimore and held there until his release on November 23, 1863, after taking the Oath of Allegiance. Following his release he resided in Washington, D.C. and worked at a saw mill.

The 1880 census lists himself as a laborer at age 45, his wife Mary as a homemaker at age 28, and two daughters and two sons. Because of the wounds received at the Battle of Gettysburg, he applied for a pension in the amount of $15 annually on May 21, 1888.

Charles Ozias Robey died in 1891 and is buried in the Merrifield Cemetery in Merrifield, VA.

Researched and written by Ruth Williams