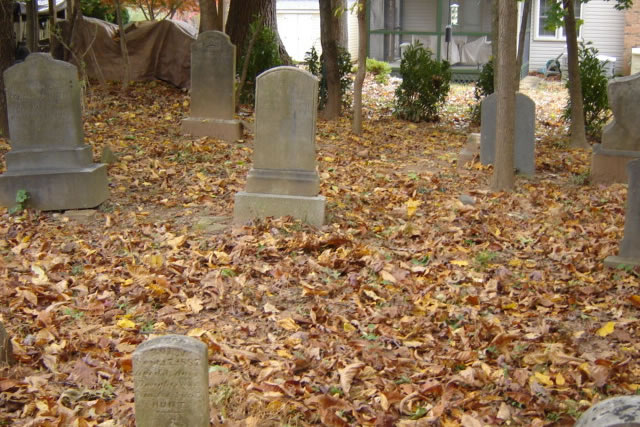 Note: The Hunt family name is variously spelled Hunt and Huntt. Names of individuals in this article are spelled as found on markers or in reference census documents.

The cemetery is located behind the home at 1913 Aubrey Place, Vienna, Virginia. An email inquiry was received through the FCCPA website, asking what was the current condition of the cemetery. The writer’s ancestors were buried there, and he was unable to visit himself. The land had been purchased in a joint venture by Huntt and Clarke in 1854. Deed records of 1914 indicated that a 70 x 40 cemetery was located between the two family’s properties, with no designation of the ownership. Today, the county has no parcel number assigned to the cemetery property.

The FCCPA surveyor found the cemetery covered with leaves and limbs, but generally in good condition. The neighbor indicated that neighbors will occasionally clean the cemetery and that he had repaired a fallen marker himself. There are twelve grave markers and several field stones marking graves. A few of the markers are in danger of falling or being uprooted by trees.

The Clarke and Hunt families were farmers, who were torn apart by the Civil War. William T. Clarke voted against secession; Noah Hunt voted in favor of secession. Although Noah Hunt supported the Confederate cause, he tried to stop his young son Lewis from joining the fight. At the age of 16 or 17, Lewis ran off and joined Mosby’s Rangers. Both William T. Clarke and Noah Hunt are buried in the cemetery.